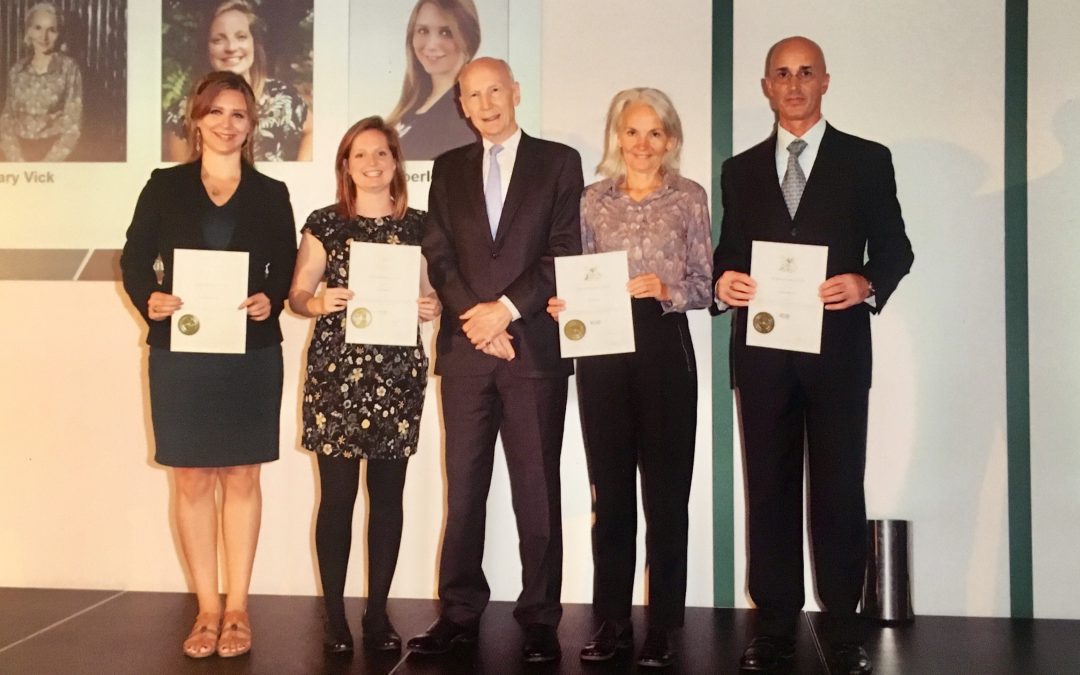 A co-authored paper titled ‘Contribution of ‘Real Nappies for London’ to Local Authority Waste Prevention – 2012-2016’ has been awarded the prestigious Telford Premium Award, for best paper in the Institute of Civil Engineers Waste and Resource Management journal. The ceremony at the ICE Publishing Awards 2018 will take place on Monday 8th October.

The award comes at a time when Environment Secretary Michael Gove MP has highlighted government’s commitment to reducing plastic waste, as part of this, considering measures to reduce the use of disposable nappies.

Alice Walker, Project Manager of the Real Nappies for London campaign has said, “Evidence suggests that there is a public willingness to embrace the alternative. The scheme has proven to be an effective waste prevention tool to achieve waste reduction to landfill and incineration, offering financial savings to Local Authorities and to families, especially in times of austerity.”

“When in effect in just nine Local Authorities, the voucher scheme has made a valuable contribution in a difficult waste stream – it’s not hard to imagine how much more disposable nappy waste could be reduced if the scheme were to be rolled out on a larger scale.”

Disposable nappies, a significant identifiable product within the Local Authority Collected Waste stream, totals approximately 4% of the residual fraction in England and equates to around 3 billion units, weighing an estimated 690,000 tonnes, costing LAs over £60 million per annum for disposal (Wrap, 2016).

About the Telford Premium Award

Each year, ICE Publishing, part of the Institution of Civil Engineers, acknowledges the best work published in their journals at the ICE Publishing Awards Ceremony, One Great George Street, Westminster.

About Real Nappies for London

Set up in 2007 by the Women’s Environmental Network and now administered by London Community Resource Network, Real Nappies for London works in partnership with London Authorities to promote reusable nappies to reduce disposable nappy waste sent to landfill and incineration. Real Nappies for London provides parents with a financial incentive in the form of real nappy vouchers up to the value of £54.15 to get started with reusable nappies. Real nappy vouchers are per baby up to the age of 18 months. Voucher Participating London Boroughs (2018/19 financial year): Bexley, Camden, Hackney, Haringey, Islington, Lambeth and Waltham Forest. With financial support from the North London Waste Authority and Veolia Lambeth.